Update: You can now get this print (and the rest of New Zealand) on the Map Kiwi Store!

I’m a big fan of the original London Tube map and other metro maps, so I created my own to show the South Island’s State Highway network in the same style, designed with topology and connections in mind rather than geographical accuracy. It was created to practice using Adobe Illustrator as it’s the first time I’ve used it, but I’m really happy with how it turned out as a really cool map. 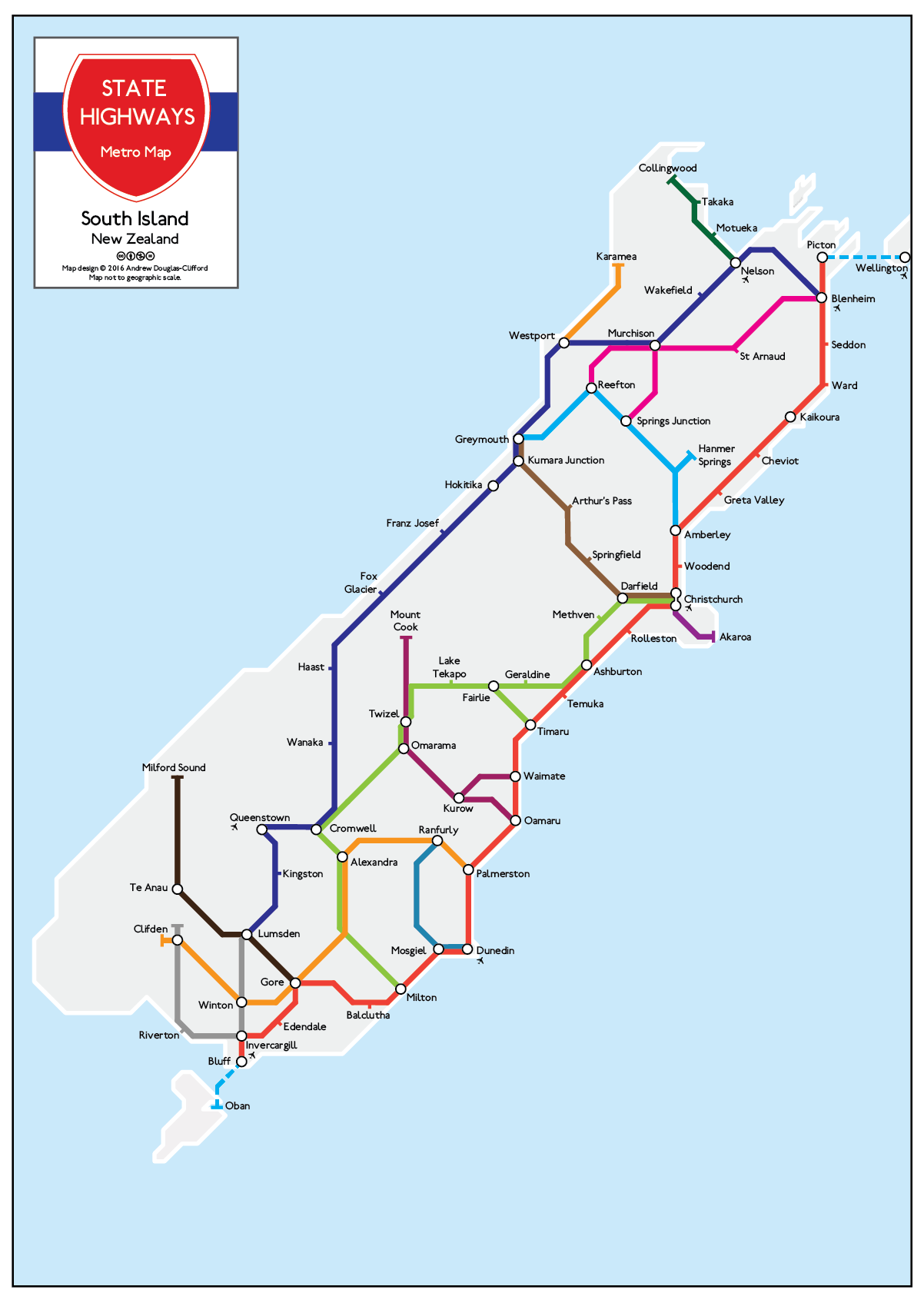 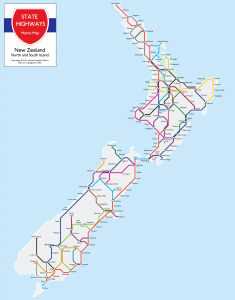